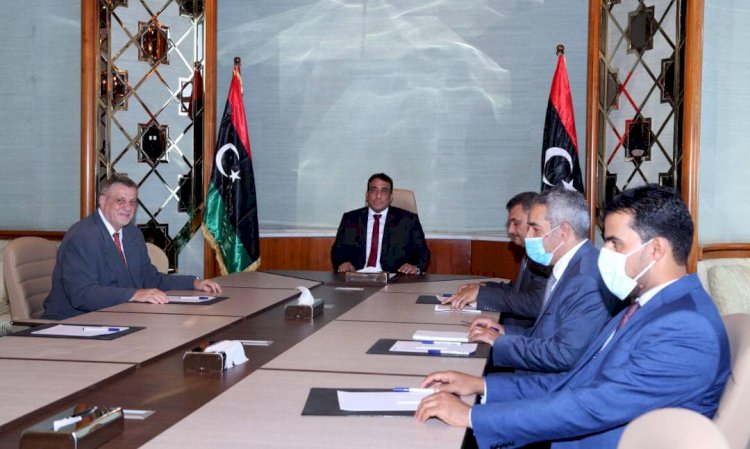 The President of the Presidential Council, Mohamed Al-Menefi, stressed the need to withdraw mercenaries and foreign forces from all Libyan territory.

Al-Menefi and Kubis confirmed during a meeting between them today Thursday, supporting the upcoming benefits to reach the parliamentary and presidential elections at the end of the year.

In the meeting, they discussed developments in the security and political situation in Libya, ways of supporting the United Nations and MINUSTAH for national reconciliation, and the opening of the coastal route in coordination with the 5 + 5 Joint Military Commission.

they stressed the importance of withdrawing mercenaries, combatants, and foreign forces from all Libyan territory and supporting future entitlements for parliamentary and presidential elections at the end of this year.

For his part, the head of the United Nations Support Mission in Libya (UNSMIL) commended the efforts of the President of the Presidential Council in launching an inclusive national reconciliation process based on rights and transitional justice.